Charlie is a Papuan Eclectus parrot. You can tell he is male by his bright green colours. At first his human companion left him in the car, but we insisted he come inside and join us. Charlie seemed very pleased and said Hello politely, but after that he remained quiet, emitting occasional short squeaks. This was a good sign, we were reassured, meaning he liked the place. 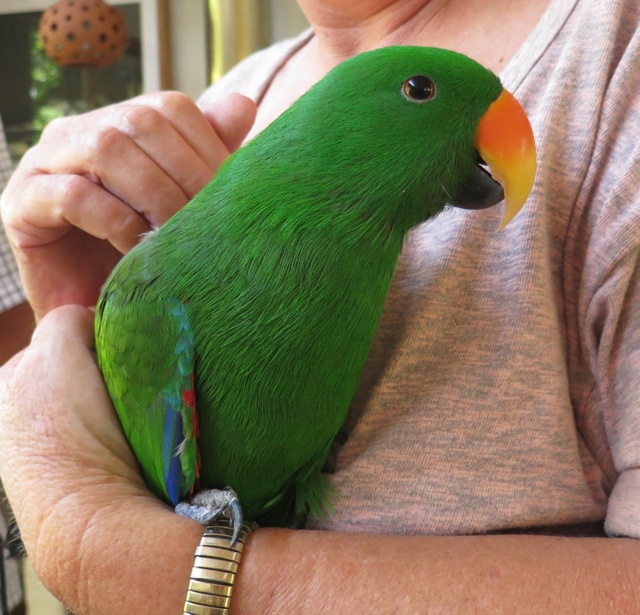 Charlie had some special parrot food in his cage, which he nibbled at while we were eating. Our discussion was lively because Stuart and Charlie’s person Joan had known each other since they started high school over 50 years ago. There was a lot to be said! Of course we included Charlie whenever we could, since he was obviously an interested group member. 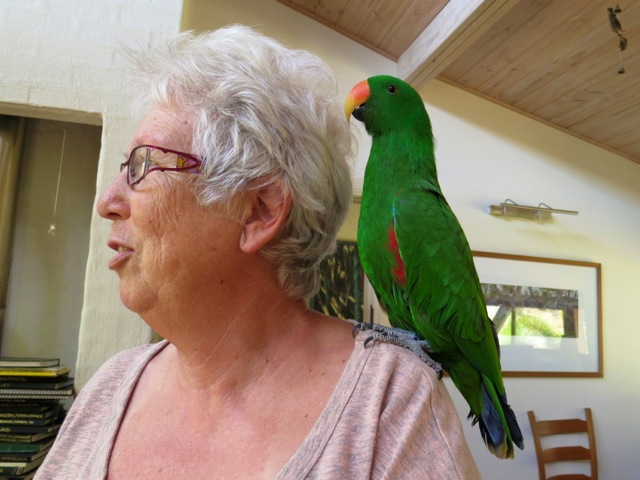 parrot on her shoulder

We have been harvesting grapes for the past few days, making grape jam, and grape juice. Some especially ripe grapes were in the fridge, keeping cool for a perfect dessert on a hot windy summer’s day. Charlie became very interested and Stuart offered him a small bunch. At once he began to eat them, first the seeds, then the pulp and skins, all delicately held in his foot and manipulated with his beak and tongue. Now he made some new noises of delight. When we prepared Charlie’s cage for the long journey back to Sydney we put another bunch of grapes in for him, and farewelled a very contented guest!

24 thoughts on “Charlie came to Lunch”