As a direct result of delving into our family history we came to meet Stuart’s great-aunt Isabella. I had a small genealogy website ten years ago, with his grandparent’s photos and a little of their story. Meanwhile over in the Scottish Highlands Isabella was being taken for a drive by her son. She asked him “So tell me, what good is this internet?” He explained that you could find out anything you wanted to know. “What do you want to know?” he asked her. Isabella replied “I want to know what happened to my second-eldest brother who went to live in Australia before I was born” They called into the post-office at the next tiny village and paid to use the computer. When the name “Mitchell Curr Whitelaw” was typed into the search engine my web page sprang up, and Isabella cried with joy! Her long-lost brother was found. Next day Stuart had a phone call from Isabella and it was his turn to be astonished. Since then Isabella has been here to visit us, and described her childhood home in great detail, so that Stuart was able to draw it very accurately. 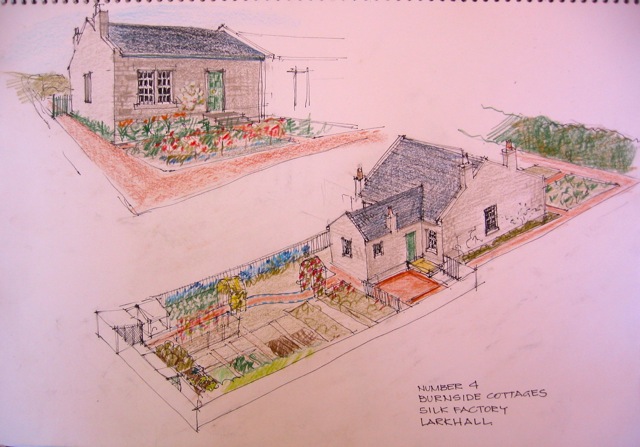 Isabella was the youngest of 21 children. Her father had seven with his first wife, and fourteen with his second wife. The family lived in the largest of three terraces built by the Silk Mill in Larkhall to house their most important employees. Isabella described how the front room was kept for visitors (older siblings and their families) but also had the organ around which the whole family gathered to sing on Sunday afternoons, opening the window so those outside could join in. The box room was on the right of the entry, where everyone had a box in which to keep their clothes and possessions. Straight ahead was the boys room, with three beds, with two or three boys in each bed. The kitchen room had two beds built into the wall, and two trundle beds that slipped underneath. 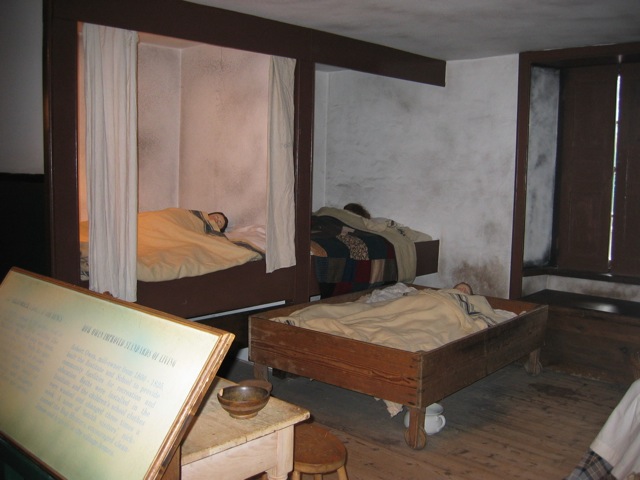 beds built into the wall, with trundle bed

Her parents had one bed, with the latest baby, the girls had the other, and the two trundle beds. Isabella remembers lying on the low bed at night, gazing at the glowing fire through the chair legs around the kitchen table. We found this reconstruction of the inside of the house at New Lanark just a few kilometres away from Larkhall. Here is the other photo showing the kitchen range and table. 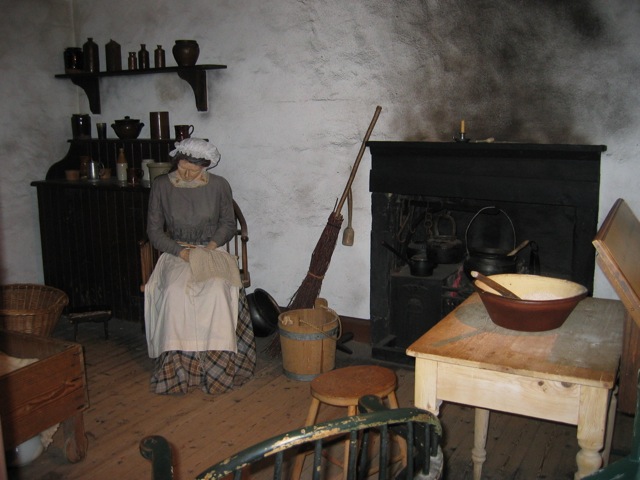 fire for cooking and warmth in the same room

Although the reconstruction looks cold and bare, I imagine Isabella’s home was noisy, busy, filled with laughter and song! She was born thirty seven years after Stuart’s grandfather, so it was remarkable that he had a great-aunt long after his grandparents, parents, aunts and uncles had all passed away. Isabella has joined them all now too, but we are still in touch with her son, who now lives in New Zealand.

I am sure you also wondered how big families could live inside those tiny cottages, and now you know! 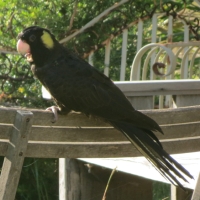 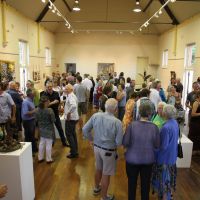 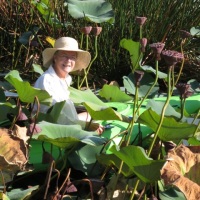 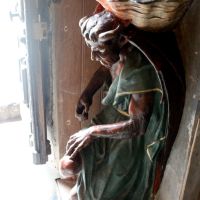 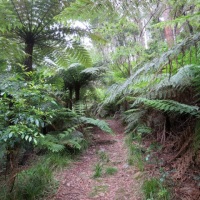 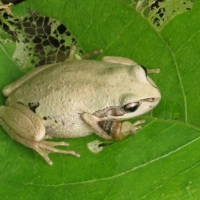 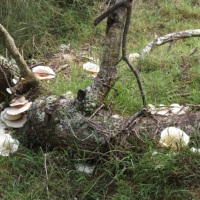 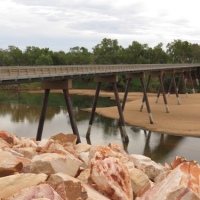 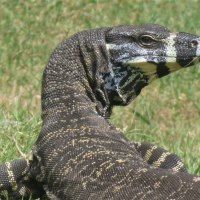