People in dry country areas are used to frogs making their home in the pool of water in the toilet. For many years we have enjoyed one, two or three frogs living in the yoga barn loo. This causes screams of surprise from yoga practitioners as they flush, and the frog is washed out from under the rim, down into his pool. Today I was cleaning up in preparation for a young Wwoofer coming to stay with us for a fortnight. He will be using that semi-outdoor bathroom, so it needed a good sweep and wipe. Ah hah, I thought, I will grab the camera and try to capture a shot of the frog as I flush the toilet. Sure enough, one energetic fellow was flushed down and here he is!

Litoria dentata enjoying the waterfall in the loo!

Don’t worry, the frogs go around the S bend to hide, then swim back up later when the coast is clear.

Our toilet frog is Litoria dentata, or Bleating Tree Frog. We lived closely with them at Arcadia, when they would hop inside the bathroom and hide in the top rail of the shower screen. In the morning whoever was having the first shower would be greeted with an ear-slitting shriek as the shower door rolled along the track, and the offended frog hopped off. Now we have them in around the house where it is damp and cool, and in the barn bathroom. 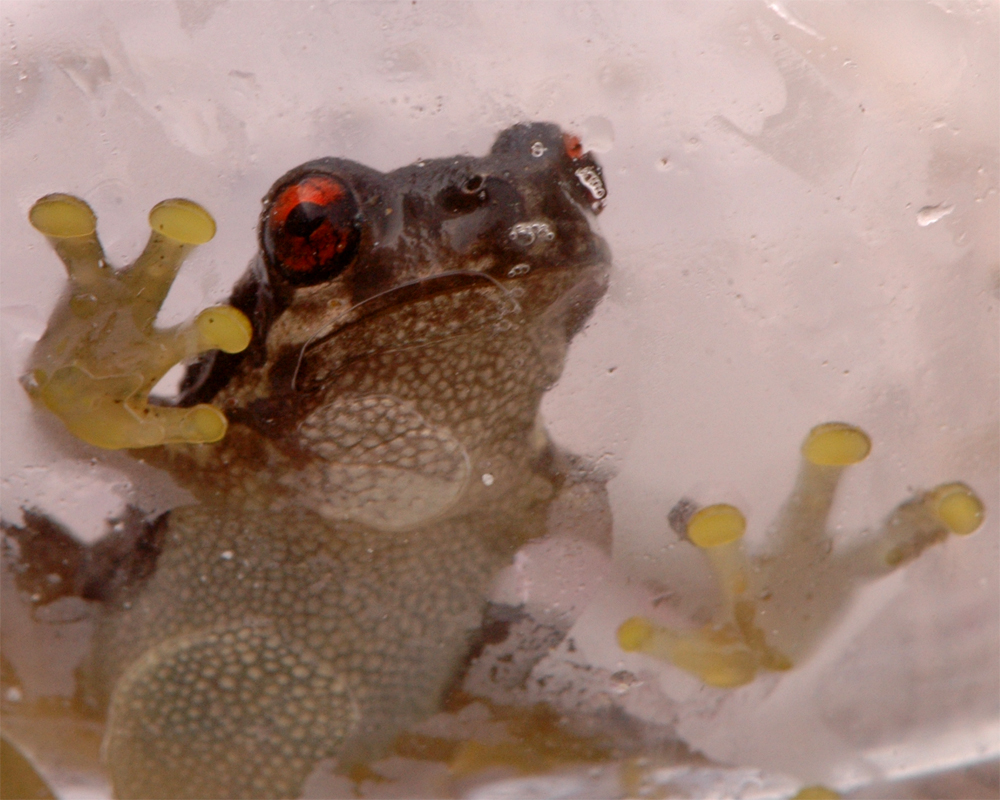 A well-meaning yoga student once captured the frog and took him outside away to the other end of the barn. She was liberating him! However as the yoga class continued we watched this determined little being hopping in fits and starts back to the bathroom door, and I saw a red-bellied black snake closing in. Oh the toilet bowl was a far superior place to be! Yes the frog made it safely, someone had to pop out and open the door just to be sure.

40 thoughts on “Frog in the Toilet”